Photo time children! Click on the panoramas to get a larger version (pops).

This is the main control room (MCR). From this position all the ships engineering systems are monitored, that would include the freshwater supplies and things like the sewage system, not just the engines, motors and other various propulsion systems. The system makes you push a button every 30 minutes to ensure that someone is alert and paying attention.

The mess is where all meals are eaten (most of the time). You can see the galley (where meals are prepared) through the two openings to the left of the clock. This ship had some of the best food I’ve had while at sea.

The ship had an extensive computer network and all network communications were fiberoptic. This was the fiber network was largely due to necessity, the ship is very ‘noisy’ meaning that electrical signals are disrupted by EM noise coming from the ship. Fiber is unaffected by this. Any and all computer systems were managed by something in this room.

The wetlab is where the rosette lived. Or I guess any other instruments that go in the water. If we were doing sampling, this is the room that it would be happening in. Out the door (to the ocean) there is no rosette sitting on the deck, meaning that it was deployed when this photo was taken.

This is the lab I spent most of my time in. Using the radio we would communicate with the winch operator our desires for what we wanted to do. We also controlled and monitored the instruments on the rosette from this room. 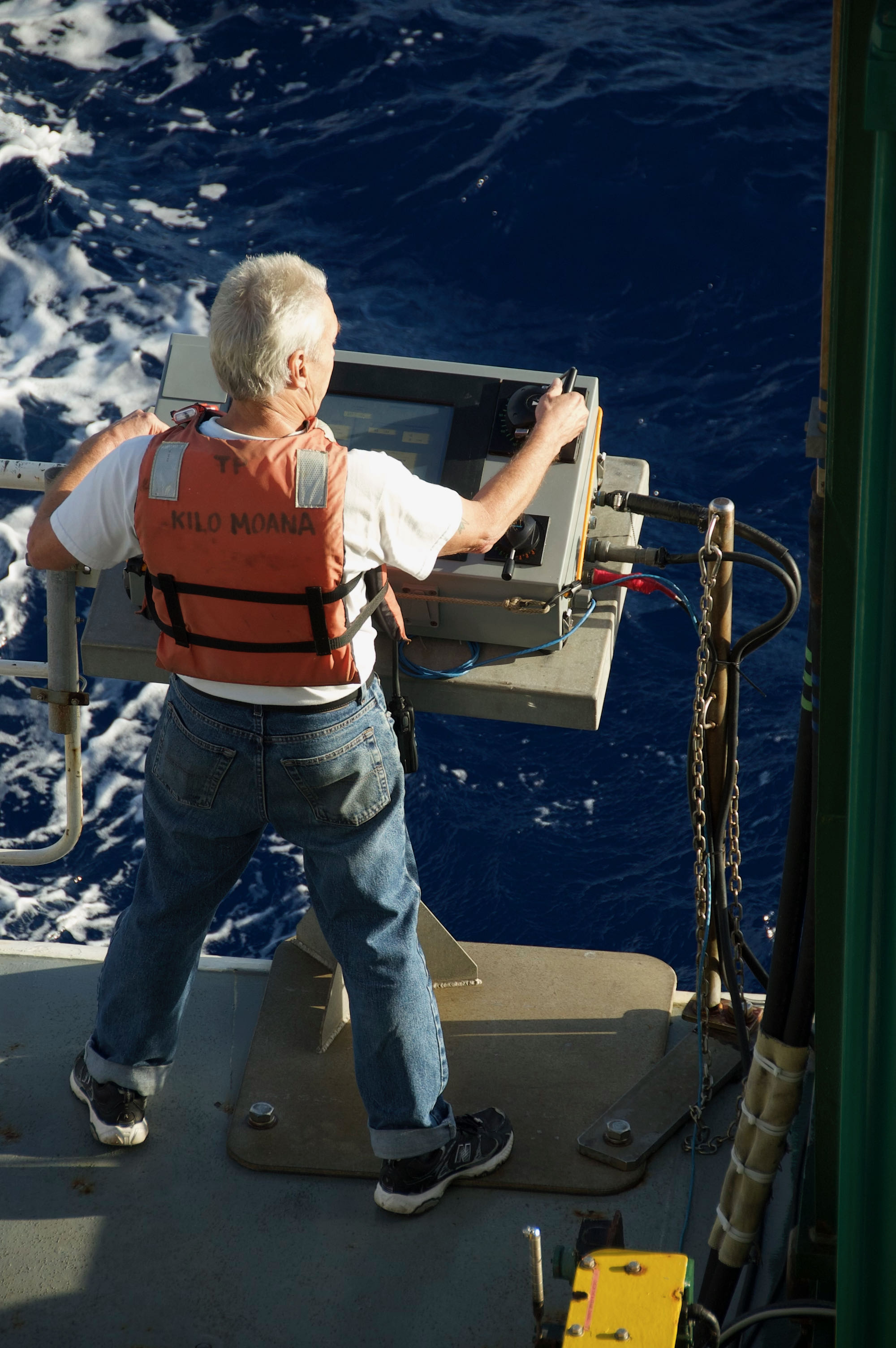 The ship could be controlled by portable control stations. This one is on the stern of the ship and is being controlled by the captain himself. I was told that it takes about 5 minutes to completely transfer control from the bridge to one of these stations as they do it one control at a time to ensure that someone has control at all times. 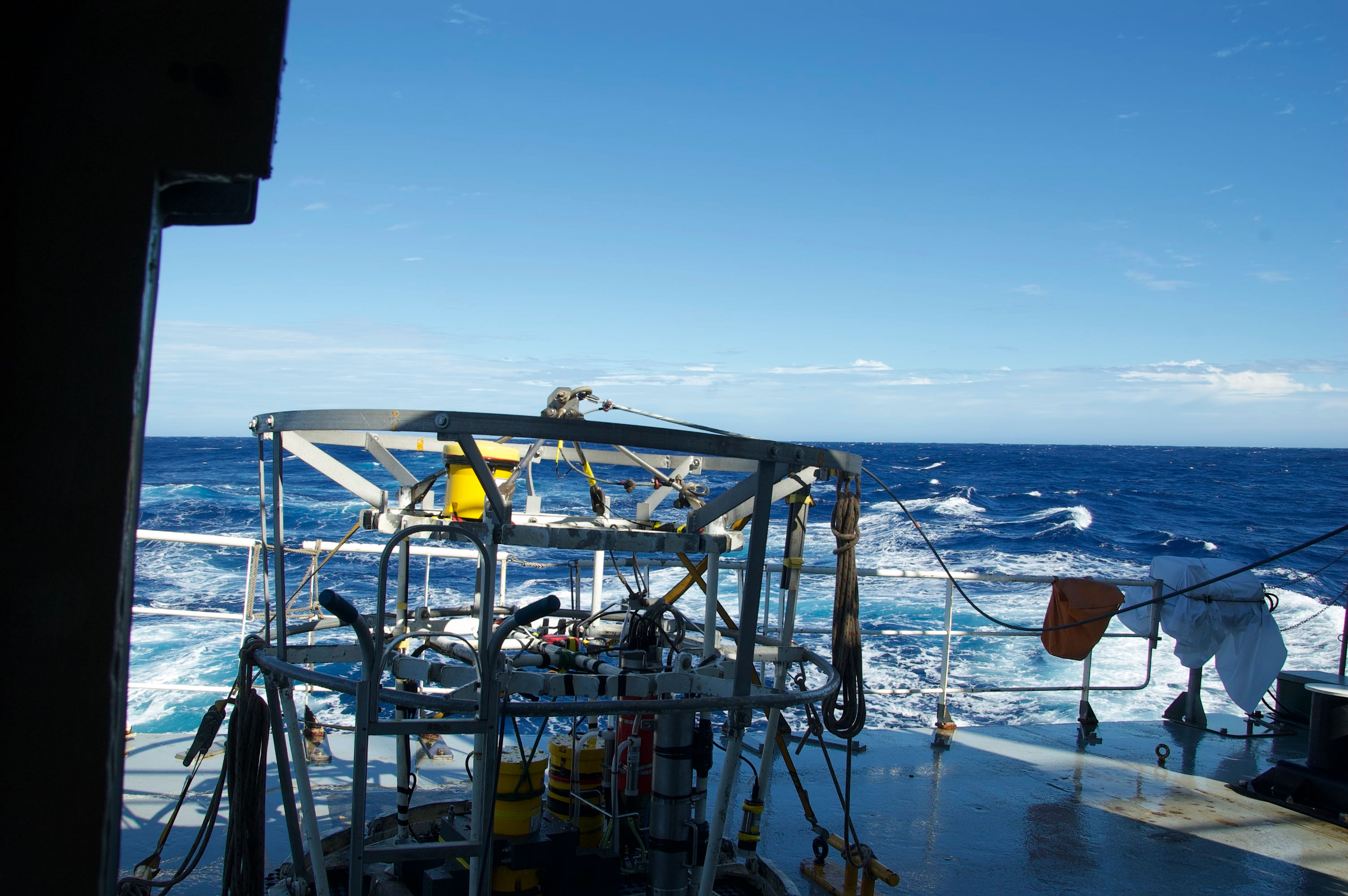 Probably the roughest day we had. Luckily it was mostly during transit, though one test/training cast was done with the CTD/LADCP. Quite exciting given the conditions. 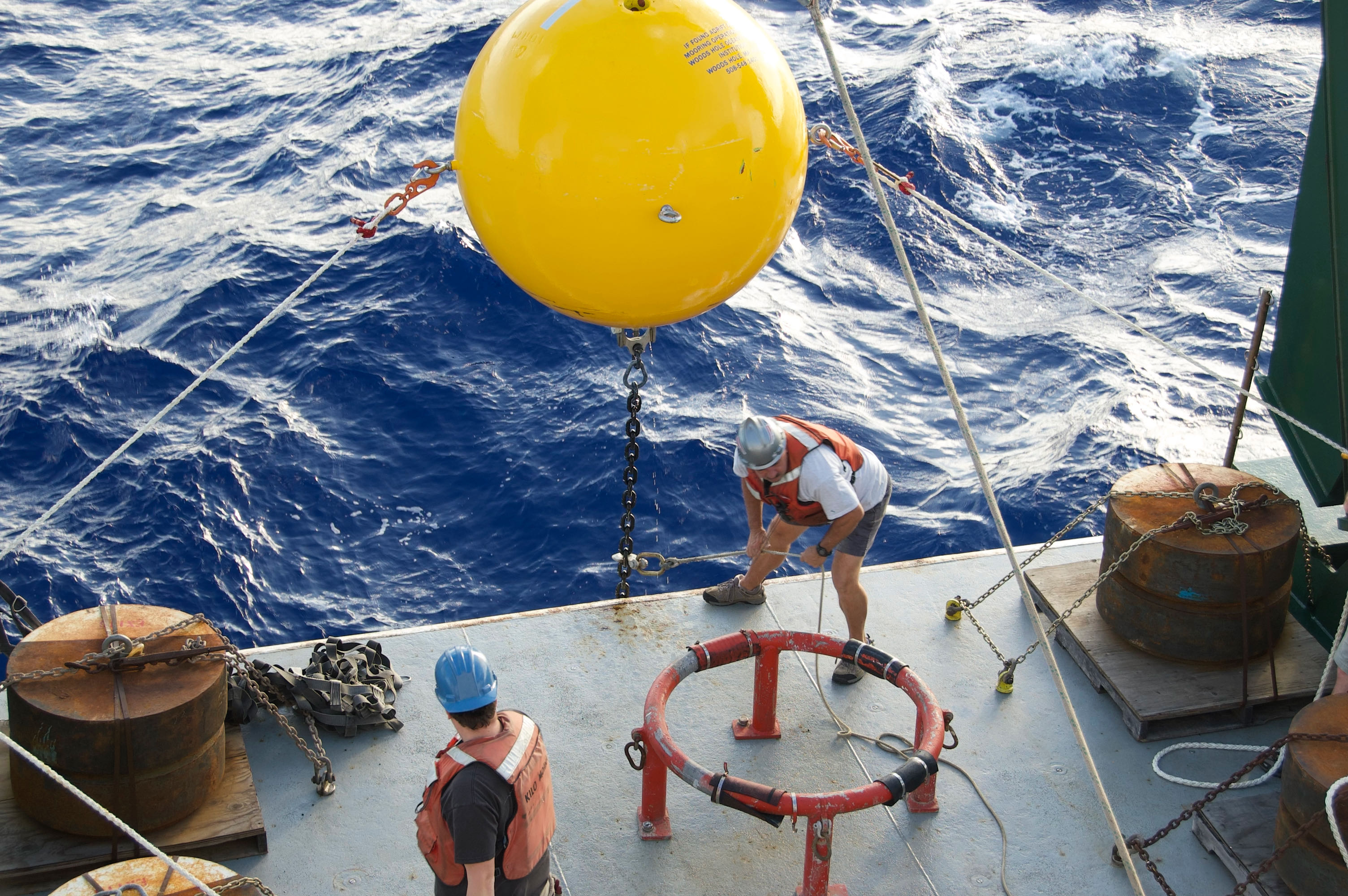 This was the main float for the moorings and the first part to be recovered. The mooring is sub surface until the release command is given, then this floats to the surface pretty quickly. 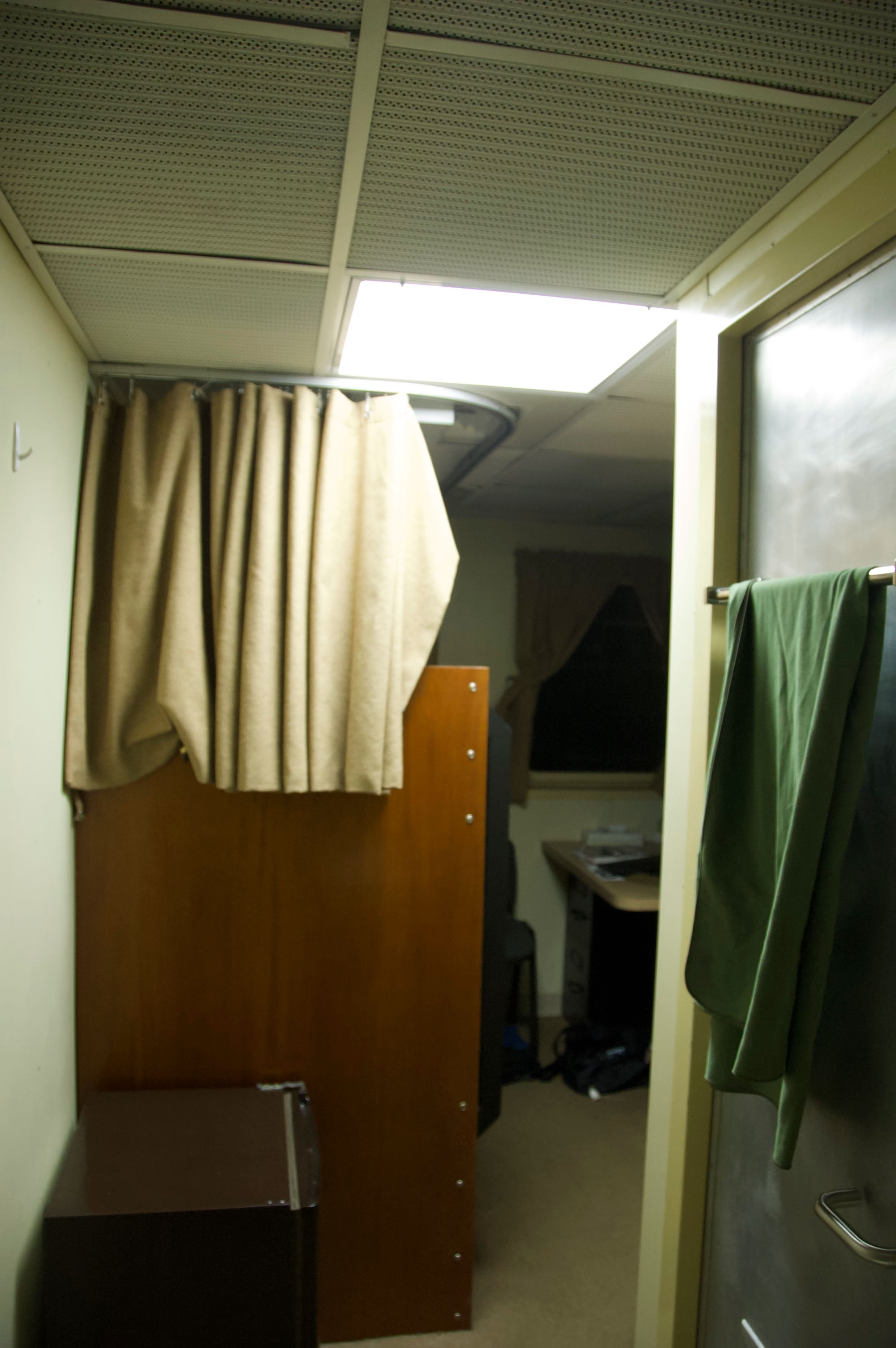 This is a picture of my stateroom, I never did use that fridge. 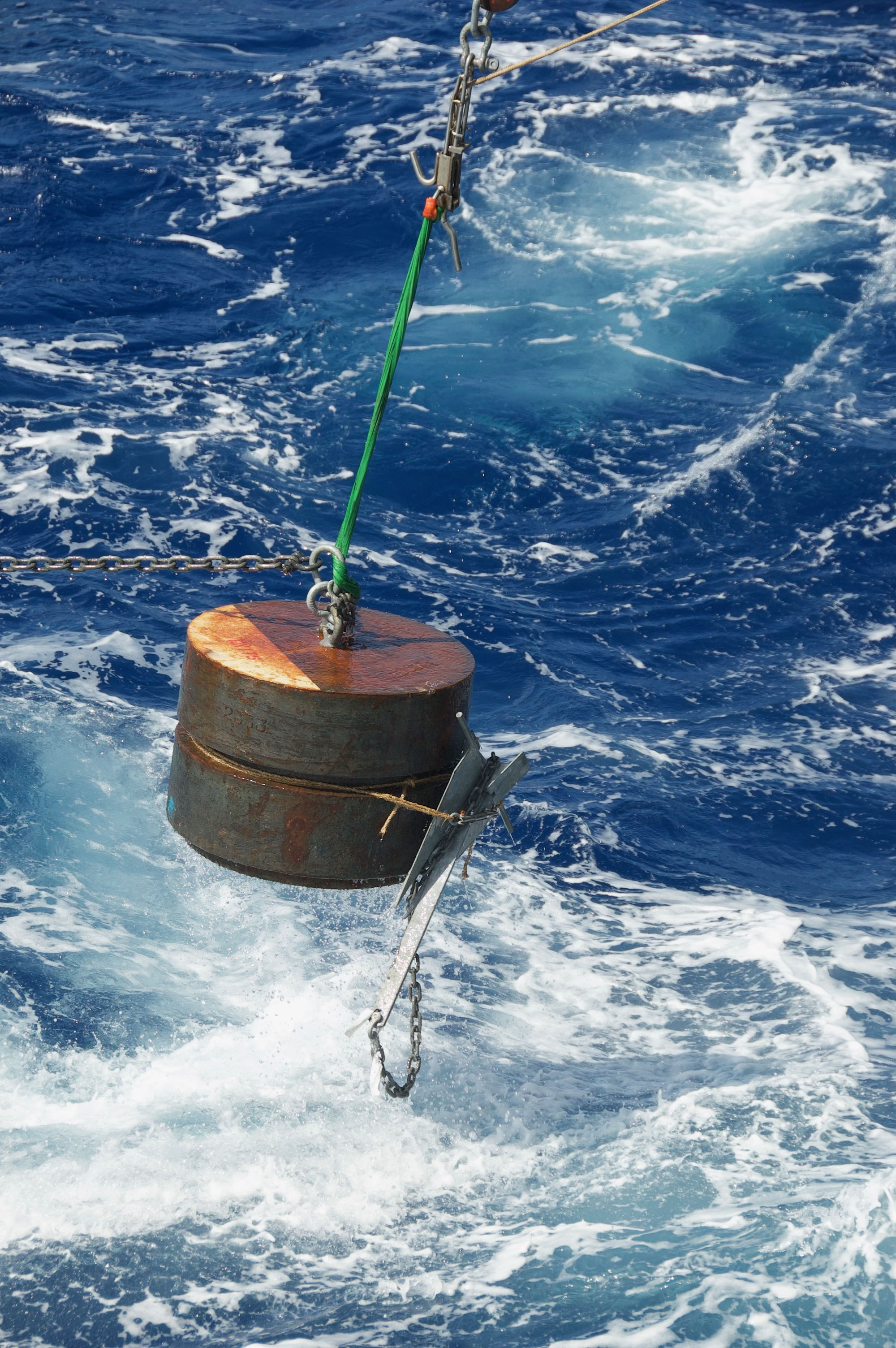 This is one of the mooring anchors being deployed, the large mass is what keeps it down and the actual anchor is there to keep the mass from moving down a hill. This mooring was deployed on steep topography. 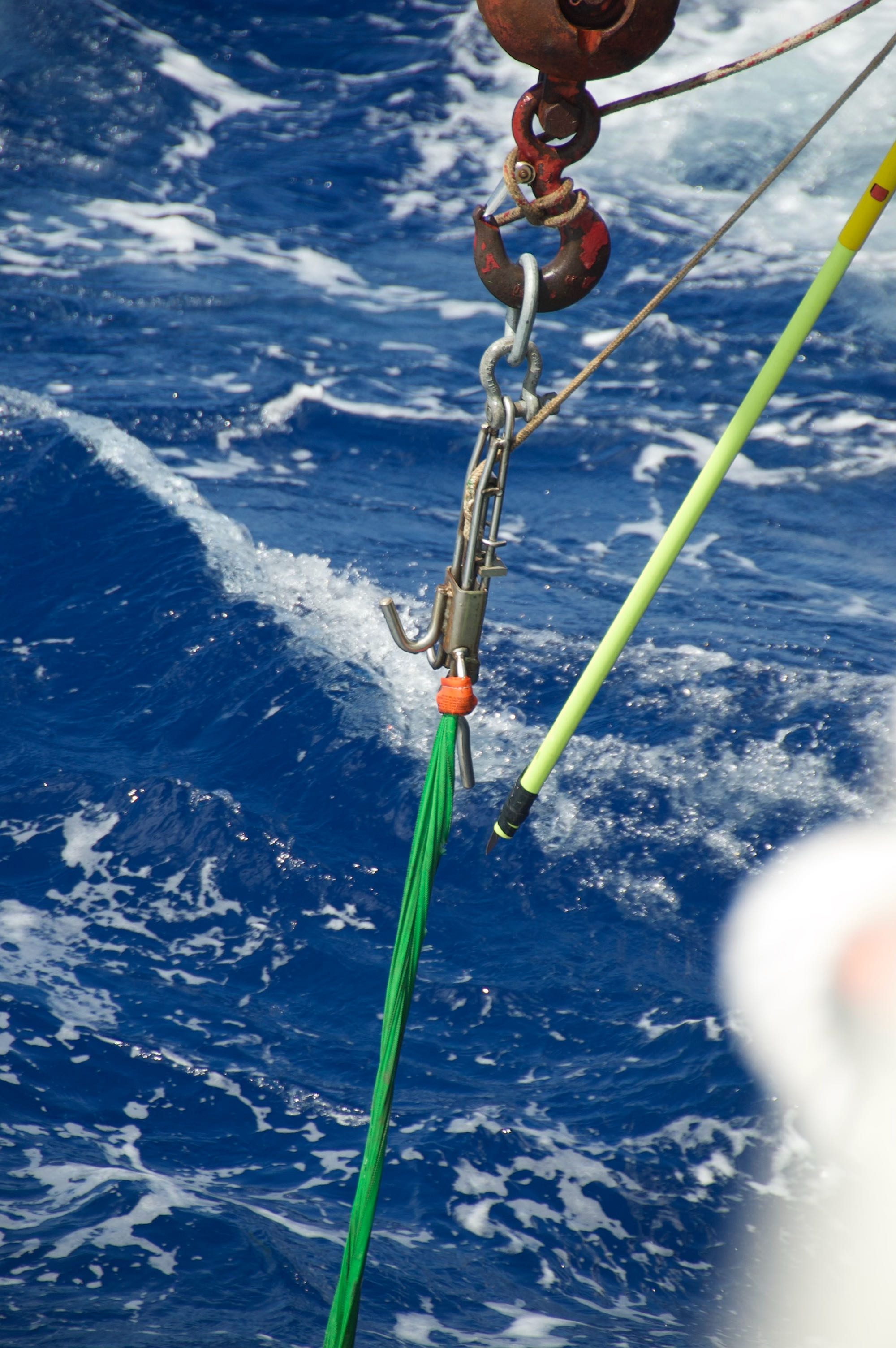 Same as above, but notice that the release mechanism failed, the line was cut using a pocket knife taped to a long pole. 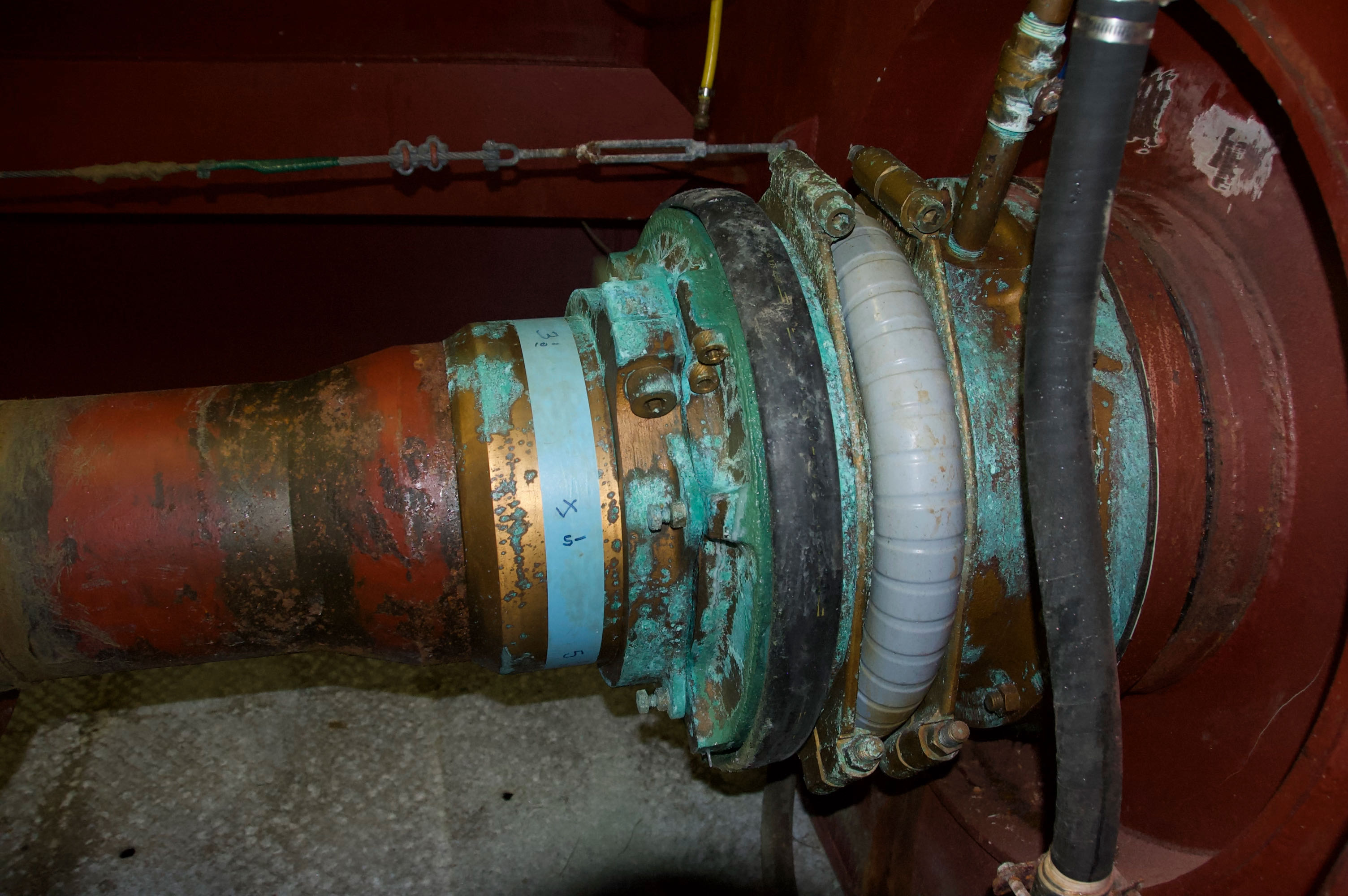 This is the starboard shaft seal, on this side, air, on the other side of the red wall, water and lots of it. Though it isn’t leaking now, a small leak is within specifications and would be considered normal. In the event of a complete failure (which can happen), the compartment I was in would fill so fast with water that I would not be able to escape it.